Stanleys are a four-piece indie band from Wigan. Formed in 2017 and influenced by a wide range of music, ranging from 60’s guitar music to 90’s Britpop, the band is composed of Tom Concannon (Vocals), Jake Dorsman (Guitars), Harry Ivory (Bass) and Rob Hilton (Drums and Vocals). The band first got together when the guys met at Winstanley College, although Jake, Harry and Rob had been jamming together since high school.

Their early demo tracks from 2018 got airtime on the BBC Introducing shows on BBC Radio Manchester and BBC Radio Merseyside. They played live in the studio on the Dave Sweetmore Show on Revolution Radio. Even more impressively, the band also got their first US air play with their song ‘The Martyr’ on California’s KX 93.5 FM that same year. 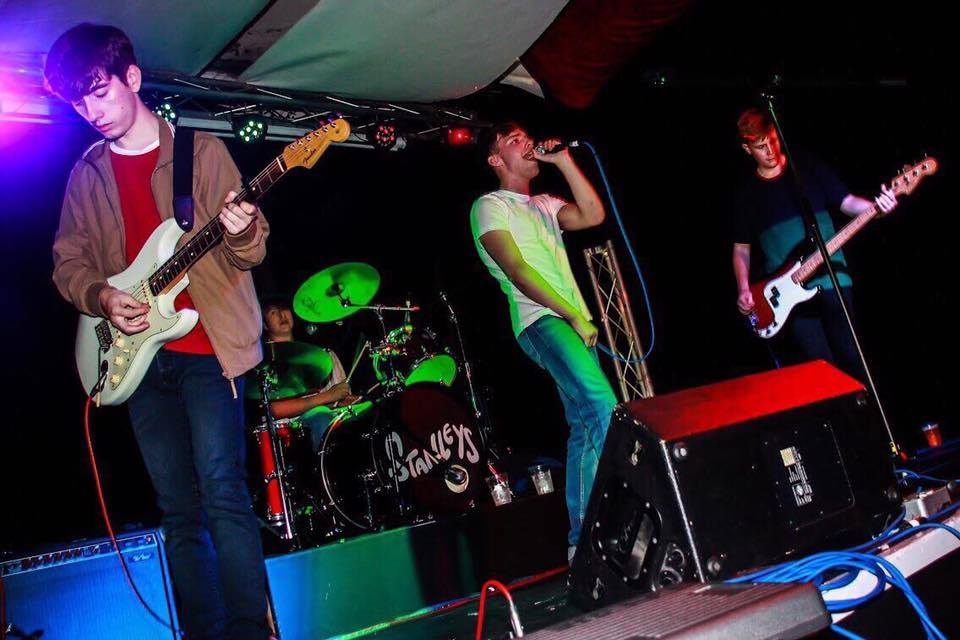 How did The Old Courts support the band?

Stanleys first played at The Old Courts on 21st September 2018, at one of our Friday Night Live (FNL) events – showcasing the best bands from the local area, as well as spotlights up and coming talent, programmed by The Old Court Music Programmer – Lindsey Holding. Since then, the Stanleys have headlined loads of our FNL nights and have opened for Shaun Ryder when he took part in one of our ‘An Audience With…’ events.

Since their first gig with us, the guys have gone on to play in some impressive venues, including The Cavern Club in Liverpool and Bolton Arena. Their latest single, ‘A Better Life’, reached number 8 on the iTunes Alternative Charts and number 38 on the normal iTunes Chart. We are proud of the Stanleys for everything they have achieved and excited for the whirlwind of success that’s currently surrounding them and their future.

We asked the band how they believe The Old Courts has supported them along on their journey so far:

‘The Old Courts have enabled us to go from playing in our front room to having opportunities such as playing in places like London and Manchester, and it has helped us craft a sound and performance that we now benefit from so much. We owe The Old Courts A LOT! We think the best thing The Old Courts has done for us is believe in us even at times when we might not have ourselves. From a few amazing gig opportunities to support and feedback from staff, and a place to practise, it really is a gem of our town.’

As homegrown talent, Stanleys are a great example of the success local bands and artists can have when supported by venues enabling them to showcase what they can do and have access to a community to build a fanbase from. With this in mind, we asked the guys how important places like The Old Courts are to the town:

‘The Wigan music scene at the minute is at the forefront of everything good in the industry and there’s no doubt that the help of a central music hub (The Old Courts) has helped this to happen. Good venues are the bread and butter of the music industry and to find one that puts on so many young starting out bands is amazing. We are very proud to be from Wigan and see The Old Courts as a home from home.’

The Old Courts will continue to support local bands and up and coming artists, and Stanleys will always have a home here with us.