Conversations in the Café: New Music from Rivver

With the release of the debut song from their recent EP, we caught up with local band, Rivver (yes with two v’s) in the Fork and Brush Café. Rivver are a 5 piece band. Forming in 2019, the band quickly started to perform live across the North West including major cities, Manchester and Liverpool.

Band members Matt Barber, Adam Lloyd and Jamie Mitchinson gave us the scope of what to expect from their latest music. The full EP, Coming Back, is set to come out in August.

Tell us about the new EP, what inspired you to create it?

Adam: There are three songs on the EP, each song has a separate part to a relationship. Fever is about coming to glimpse with getting an affection for someone. The second two songs are concerned with the breakdown of a relationship and what that feels like and you start becoming someone that you’re not anymore. The last song overcomes that last hurdle when you start to look for someone new.

Matt: Coming back is the last line of the EP. In that last line what you’ll hear is keep on coming back. It just sort of fit, and also with the fact that in the last year we’ve come back with two new band members, and, with one leaving, it felt fitting overall. It’s a story that we didn’t realise we had written until all three songs came about. We looked at the three songs we were going to do and then literally realised… hang on, there’s a thread of a story here.

What can we expect from the EP?

Matt: Fever is the rock-centric song of the EP; the whole EP is something something we’ve never done before and everyone who has heard it doesn’t think it’s us until we say it’s us. One of the songs, in particular is so different and very out of our wheelhouse. People won’t expect it which is why we love it so much. There was a moment when all the band sat there and listened to it and we all had a little tear going.

Who are you listening to right now? Are there any bands that you’re taking notice of?

Matt: Locally, Stanley’s, I’m close with one of the members and The Facades, I followed them on their three-day tour, so we’re inspired by a lot of those around us. Other than that, it’s a chance to spend time with your mates. In terms of high-profile artists, I’m listening to a lot of Inhaler at the minute. Adam is Sam Fender through and through.

Forming in 2019 and then having Covid hit must’ve been a worrying time for the band, but looking back, did anything positive come from it?

Matt: It gave us time more than anything to get more creative. Pre-Covid, we’d just started getting out and about doing a few gigs and gaining more confidence. Being forced to stop all that allowed us to get more creative. Then Adam and Jamie joined the band in Feb and March this year. We wrote about 7 or 8 songs in that first lockdown.

If you could headline for anyone, who would it be?

Jamie: Queen, it would just be a great atmosphere.

Adam: Foo Fighters was also one of my top answers! I’d say Pearl Jam as I’ve been listening to them for a long time.

Where are you favourite places to visit in Wigan?

Jamie: With a can of Mirinda, red salt on the chips, but a garlic bread instead of a pizza meal.

Matt: Yep that’s the one. But also Indie, I always have a good a time in there from what I remember!

Adam: I’d say Indie too as it’s the whole reason I joined the band.

Jamie: I would also say the band room, Urban Sound in Aspull, it’s one of the main places I go to.

We’re so excited to see the great things Rivver get up to in the future! Including some big events that the band are yet to announce, so keep your eyes peeled! 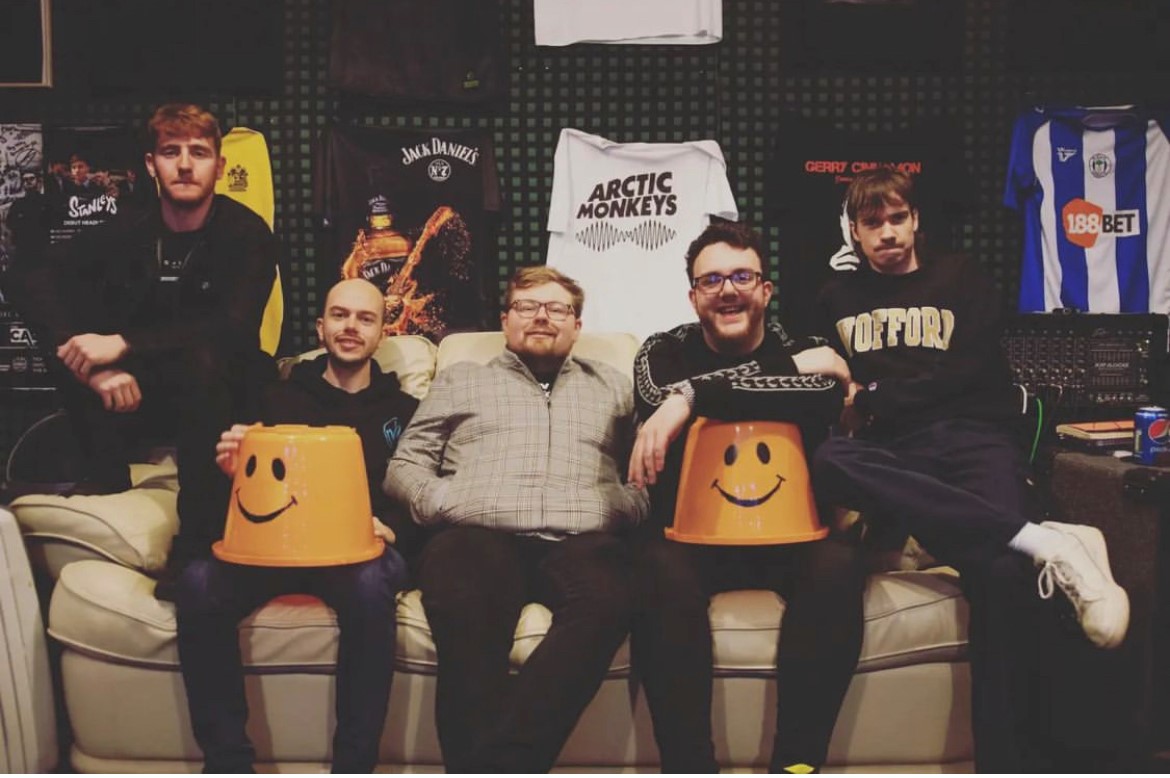