The Old Courts are delighted to announce the launch of their Wanderscapes: Social Resonances soundscape audio walk created by young musicians aged 17-25 from around the North West. The completed soundscape will be available from Friday 30 July through the global Echoes Explorer mobile app. The public can hear the piece by downloading the app, where it will be listed in nearby walks, and can also follow it through an interactive walking trail that will take them across eight locations in Wigan.

Wanderscapes is a project funded by PRS Foundation Open Fund and led by The Old Courts for young, North West based electronic producers.

The Social Resonances project gives young up and coming musicians the opportunity to tell stories using researched archive sounds, samples, and freshly recorded ‘found’ sounds that they have in some instances edited and manipulated to create a piece of music. The soundscapes are part history and part present and all accessible through the Echoes Explorer App.

The Echoes app is a global mobile app people use to explore sound and music from across the world. The Old Courts Social Resonances soundscape is available to download from Friday 30 July for Free via the Apple Store and Google Play. Audiences will also be able to use a QR code that will take them directly to the app on their phones.

Last year, The Old Courts invited locally based musicians aged between 17 and 25, who create experimental electronic music and or sound art, to submit tracks that would be considered for involvement in this funded project.

As a result, five North West based electronic music artists were selected as the finalists to produce this Social Resonances soundscape as part of The Old Courts Wanderscapes music project.

Musician, Mark Peters who came up with the idea said:

‘In 2020 I was asked by The Old Courts if myself and Ulrich Schnauss would be interested in leading on a PRS for music funded project whereby we would create electronic, site specific compositions and mentor a selection of local musicians as they created similar work. In early 2021 I contacted several archive organisations and was very grateful to receive a substantial amount of historic audio material relating to the borough. We asked the applicants to include a minimum of two (either archival or newly recorded) sounds relating to the sites, the only other message being that their work should take the form of a very personal, imaginative response and an exploration of their own creativity should be the prime objective.

The process of working on the four tracks that Ulrich and I provided in tandem to mentoring the applicants proved to be equally enriching. As we incorporated the source sounds (including Trencherfield’s Mill’s original works hooter and a new recording of the Wigan Parish Church bells) we hoped that the inclusion of these elements might help to inform inhabitants of the borough’s rich and varied history and culture in a new and contemporary way.’

Charlie Gough also known as A Dog Called Keith is an aspiring new songwriter and producer from Wigan. With a passion for all things Analog Charlie’s music often lends itself to a bygone era of music and culture obsessed by platform shoes and lava lamps.

His work demonstrates how old-school recording techniques still have their place in modern contemporary electronic music and is a fine example of how the past and the present can work as one sometimes.

As an adolescent Charlie was diagnosed with epilepsy which he claims is the drive behind his musical aspirations which is also reflected in some themes in his work.

Charlie says that music has always been a big part of his life and is now at a stage where he would like to share his work with the world.

Rachael Gibson is a Composer and Guitarist based in Merseyside. She is interested in exploring music as a multi-sensory experience centred around the concept of touch and interaction between composers, performers, their instruments and audiences in different ways. A part of her practice focuses on how electronics can play with our expectations of the relationship between sound and interaction, highlighting the way we interact with each other and objects both positively and negatively.

Dan Henthorn & Neilan Mistry (working as a duo called Stalepics) a two-piece based in Wigan comprising of Dan Henthorn and Neilan Mistry. The two marry their use of electronic sounds with a shared morbid curiosity for the staleness of life itself.

Jonathan Raper writes instrumentals on garage band at home. He has lyrics written as well as melodies with full intent to put them into place but they need to be perfect. Jonathan is also in the band Flechettes.

Musicians Mark Peters and Ulrich Schnauss have been mentoring and working with the five young participants to create this soundscape for the public to enjoy.

Ulrich Schnauss is a UK based musician and producer from Kiel, Germany. Known to many as a pioneer of widescreen, euphoric electronica for over 20 years, his influence can often be heard in contemporary music. After juggling a successful remixing career (Coldplay, Depeche Mode and Pet Shop Boys) with a lauded run of albums (including the 2003 classic: ’A Strangely Isolated Place’), he joined Tangerine Dream in 2014, heavily contributing to the 70’s giants most successful album for many years, the last by founder Edgar Froese.

Mark Peters was his bandmate in Engineers from 2010 onwards and the pair collaborated on two instrumental albums that Q described as ‘ambient music that’s both engaging and engrossing’ and The Times called ‘Life affirming vignettes that marry chiming guitar with soaring melodies’. In 2018, Peters’ Innerland was included in Rough Trade top 10 albums and his music can be heard on Mary Ann Hobbs and Lauren Laverne’s BBC6 music shows.

They have played improvisations together in London, Dublin and St Paul’s Church in Birmingham over the last 3 years and have a new album due for release in 2021.

Lindsey Holding, Project Leader & Music Programme Manager at The Old Courts said: “It’s been fantastic to be able to share this opportunity from the PRS Open Fund with these up-and-coming producers, and despite the challenges of COVID restrictions I think all involved have done an amazing job.

For me personally, it has been brilliant to see how the project has evolved since it was first put forward by our Development Team at the end of 2020 in what was fairly uncertain times for everyone and to see how the producers’ skills and confidence have developed over the course of the project.

I have found their enthusiasm to look to Wigan’s past as well as their willingness to try out new creative ideas, techniques and embrace new technology all in one go inspiring, and I know they’re all excited to take what they’ve learned forward into future projects. I’m excited to see their work go live and looking forward to immersing myself in the walk across the eight sites.”

For anyone wanting to find out more about The Old Courts Wanderscapes: Social Resonances project and or the Echos Explore app visit www.theoldcourts.com or contact Lindsey Holding. 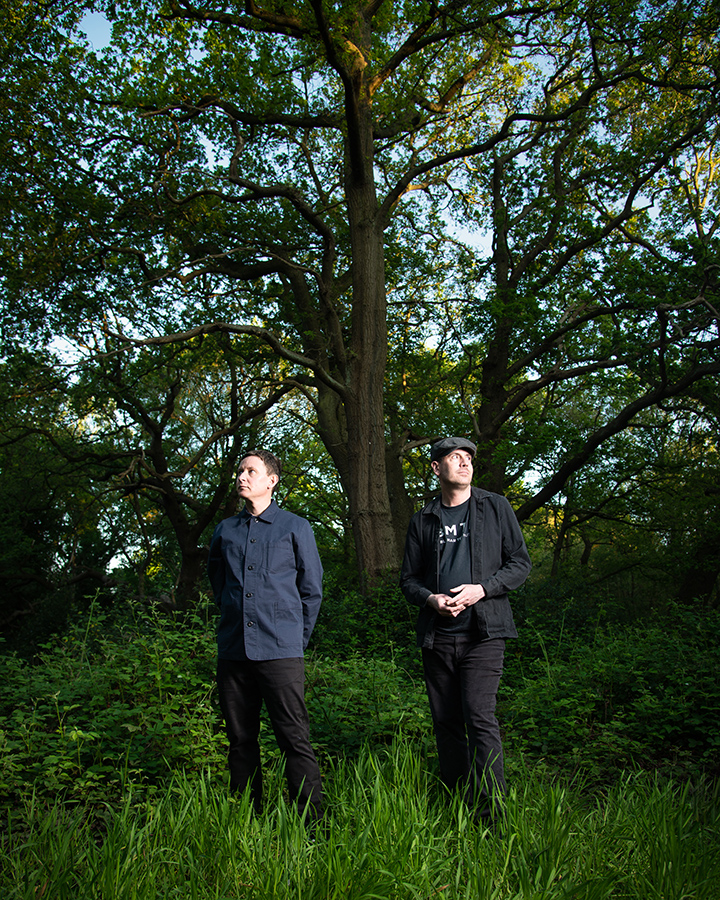